The Baldwin City Council unanimously voted this week to impose a new speed zone ordinance that includes the use of an Automated Traffic Enforcement Safety Device (ATESD) in the school zone on Willingham Avenue. The ordinance also extends school zone hours from 6:45 a.m. to 4 p.m. on days when Baldwin Elementary is in session.

According to the new regulation, anyone driving 11 miles per hour over the speed limit, or faster, in the 25 MPH school zone during those times will be ticketed.

The change follows the success of the ATESD system installed near the school. According to public safety officials, Baldwin has seen a 74 percent reduction in speeding through that zone since the city began sending out warnings and tickets to vehicle owners.

“The point of [the speed zone] is not [to be] a revenue generator, but to protect the children that play on that [school] playground,” says Baldwin Councilwoman Alice Venter.

The ATESD system was installed back in March just before schools shut down due to the pandemic. When schools reopened to in-person instruction this fall, the city reactivated the system.

On the first day that speeds were clocked, the zone documented nearly 600 speeders. Interim Baldwin Police Chief Matt Nall says that now, the ATESD system is clocking fewer than 200 speeders a day.

The system uses laser technology to clock the speeds of oncoming vehicles. It then sends the ticket information to Baldwin police officers who check for errors before the tickets are issued. Two officers check the tickets before sending them. Upon the first speeding offense, the owner of the speeding vehicle will receive a 30-day warning. The second will result in a $75 fine, the third a $125 fine. People who receive tickets can contest them in court.

When school is not in session, the speed limit in that area is 35 MPH.

“Time and time again, I see people saying that Balwin is a speed trap. Well, you can’t get trapped if you’re not speeding,” Venter says. “There’s no trapping; you just need to follow the law.”

This article was updated 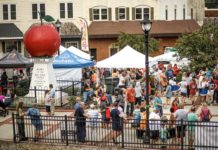 The Big Red Apple Festival is back for its 33rd year 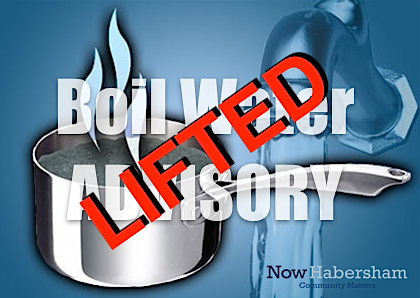