Most people associate the word ‘cirque’ with Cirque de Soleil – the Montreal-based entertainment company that produces jaw-dropping, awe-inspiring circus shows around the world. If you’ve ever been to one of these shows you know it’s a masterful blend of acrobatics, theater, and dance. What you may not know is there’s a cirque troop right here in Northeast Georgia.

Rabun Gap-Nacoochee School’s Cirque Program is part of the Fine and Performing Arts Department. Students work with department staff to write and design the shows. They then perform them using many of the same acrobatic setups and skills used by seasoned veterans in professional cirque troops.

The program started in 2001 with a faculty advisor and a handful of dedicated students. Today, it’s morphed into a full-scale program with more than 50 students who perform and work behind the scenes, according to the Rabun Gap-Nacoochee School Director of Marketing and Communication Megan Morris. Regional cirque trainers and performers help the students train.

The Rabun Gap Cirque Program’s most recent production, Cirque Arqadia, was presented on stage at the school’s Rearden Theater in mid-February. Students conceptualized and designed the production. Their work was inspired by fantasy stories including Alice in Wonderland, The Wizard of Oz, Narnia, and Labyrinth. Fine Arts Department Chair Sean Lakey wrote the script based on ideas from the students. He also directed the play along with Upper School dance teacher and former Broadway performer, Heidi Spoon.

Cirque Arqadia is the story of a young girl who gets trapped in the magical, fantasy land of Arqadia, where she discovers she’s fated to destroy the world. The production showcased a variety of aerial acts and included firebreathing, contortionism, and tumbling.

Sisters Cydni and Peyton Coppage of Sky Valley played the lead characters, The Girl and The Undreaming, respectively. The show was narrated by Emma Jean Scott of Clayton. Sarah Katherine Brenner of Franklin, North Carolina, also appeared in a starring role as The Strange Kreature.

Rabun Gap senior Victoria Cochran and sophomore Katherine Tench, both of Clarkesville, were also in the cast which included a number of other students from Northeast Georgia. In all, more than 40 students were involved in the production. If you missed it, here’s a look at their eye-popping performances. 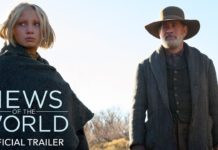 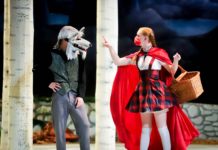