The Georgia Capitol building in Atlanta was surrounded by barricades and armored vehicles Wednesday morning, but the armed, mass demonstrations federal authorities warned of did not materialize as President Joe Biden took his oath of office in Washington at noon.

This year’s legislative session kicked off Jan. 11 with more security surrounding the grounds than normal in response to a far-right mob that stormed the U.S. Capitol building Jan. 6 in a riot that left five dead. The typical contingent of blue-uniformed Georgia State Patrol officers has been augmented by a much larger show of law enforcement in camouflage bearing rifles.

“I was getting out of the vehicle on Monday with armed SWAT members, with full body armor,” Republican Lt. Gov. Geoff Duncan told CNN last week. “Looking out my office window yesterday, it dawned on me that the gentleman standing there in the rain was there not because of a terrorist, but because potentially a Republican could want to attack our Capitol or myself. I can’t fathom that.”

The FBI issued a warning Jan. 11 they’d learned of threats of potential unrest at state capitols around the country leading up to the presidential transition.

Dozens of GOP lawmakers, spurred on by Trump, planned to object to Biden’s certification as president Jan. 6 as the incumbent baselessly claimed the election was stolen. Some Trump-loyal Republicans blamed Gov. Brian Kemp and Secretary of State Brad Raffensperger for the ex-president’s loss, and lawmakers and election workers reported death threats. Raffensperger’s office was evacuated after the Capitol riots as armed protesters gathered outside the Georgia Capitol.

The Georgia State Patrol declined to comment on how long the enhanced security measures will last after the inauguration, saying they do not comment on operational plans.

“We will continue to monitor intel and to provide the appropriate security measures,” said Franka Young with the Georgia State Patrol public information office.

Kemp’s office approved a plan to build a tall security fence around the Capitol in October after a summer of protests over the killing of Black people, including Ahmaud Arbery and Rayshard Brooks. Work is not yet complete on the fence.

Last week, Kemp signed an executive order allowing for the continued deployment of the Georgia National Guard to protect state buildings. He originally signed the order in July after protests over racial violence led to property damage and arrests.

“We’ve had the honor to partner with the Georgia Department of Public Safety all the way back through the spring, and you are what your results say you are,” said Adjutant General of the Georgia Department of Defense Thomas Carden at a press conference last week. “We’re augmenting them to set the conditions for peaceful execution of people’s First Amendment rights to free speech, and we’re committed to supporting them in this upcoming security operation.”

But the streets around the Capitol were mostly empty Wednesday of protesters or anyone else as police closed off several downtown Atlanta streets with patrol cars and Fulton County Watershed Management trucks. Street closings in downtown Atlanta were largely lifted before the evening rush hour.

Police officers were also stationed and barriers were erected around other downtown landmarks, including Atlanta City Hall and the CNN building, where a fiery standoff between police and racial justice protesters took place in July, but law enforcement reported no disturbances around the city. 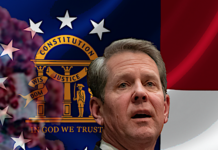 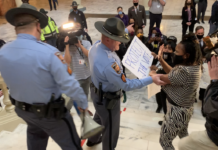 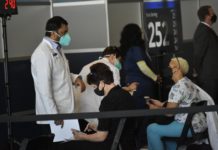 Game-changing one-dose vaccine could be in states’ hands shortly 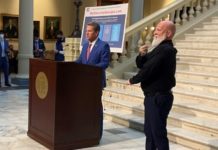 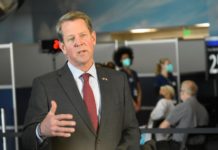 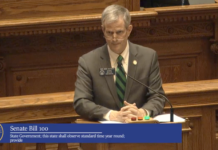